“If God already knows what I’m going to say, why does it matter if I pray?”

“If God already has planned everything that is going to happen and God is ‘unchangeable,’ what’s the point of praying?”

Last week, we talked about the power of prayer to effect change in the world. As I said, I really do believe that prayer changes more than just the pray-er. I believe that prayer has the power to change the way God works in a situation and can unleash the power of God into earthly situations. We began our search of the scriptures with Moses’ intercession for the people of Israel (Exodus 32), imploring God to relent in the anger shown towards the people’s rebellion. The text says that God “changed his mind” and “relented” from the destruction planned. Today, I want to lookout another text about the power of prayer to affect change. 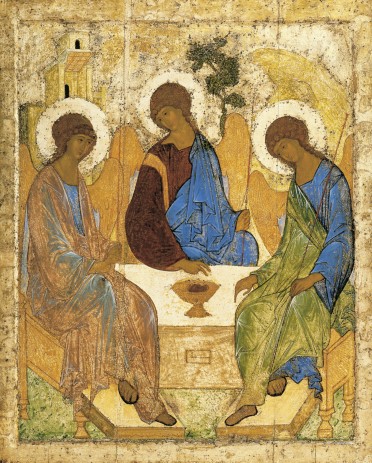 You are probably familiar with the story of Father Abraham. He had many sons… (bad joke in the making there). Abraham (first called Abram) was called to leave everything that he knew behind and to set out for the land to which God would lead him. God had called Abram, had made a promise to Abram, had established a covenant with Abram. And yet, that relationship would be tested only a few verses after it was established. Appearing to Abraham in the form of three travelers, God promises the birth of a son, Isaac. God also informs Abraham of the impending destruction of the city of Sodom. This is, in many ways, an act of grace, for Abraham’s nephew, Lot, was living in the city. Abraham was given the chance to rescue him from the punishment to come.

Have you ever had an experience that you knew beyond a shadow of a doubt was just not right? Have you ever witnessed a situation and thought to yourself (or even spoke out loud): “God, this isn’t right. What are you doing here? Where are you?” Have you ever stopped and asked yourself (out loud or otherwise), “Is it wrong to argue or bargain with God?” I think that Abraham had these thoughts as he listened to the plans of God. What about the righteous people that were living amidst the unrighteous? Sure God would not punish them unjustly. Surely God would show them mercy. Consider the passage below from Genesis 18.

And the Lord said, “If I find at Sodom fifty righteous in the city, I will forgive the whole place for their sake.”

Abraham answered, “Let me take it upon myself to speak to the Lord, I who am but dust and ashes. Suppose five of the fifty righteous are lacking? Will you destroy the whole city for lack of five?”

And he said, “I will not destroy it if I find forty-five there.”

Again he spoke to him, “Suppose forty are found there.”

He answered, “For the sake of forty I will not do it.”

Then he said, “Oh do not let the Lord be angry if I speak. Suppose thirty are found there.” He answered, “I will not do it, if I find thirty there.”

He said, “Let me take it upon myself to speak to the Lord. Suppose twenty are found there.”

He answered, “For the sake of twenty I will not destroy it.”

Then he said, “Oh do not let the Lord be angry if I speak just once more. Suppose ten are found there.”

He answered, “For the sake of ten I will not destroy it.”

And the Lord went his way, when he had finished speaking to Abraham; and Abraham returned to his place.

Now, it would be easy to argue that God already knew that there were not enough righteous people in Sodom and that its destruction was certain. Therefore, God went along with Abraham’s request because, in God’s divine foreknowledge, the outcome was a “done deal”. There isn’t really any way to prove or disprove that theory. How can anyone rightly claim to know the mind of God? Elsewhere in scripture, God clearly says, “my thoughts are not your thoughts, nor are your ways my ways” (Isaiah 55:8).

The Jewish people have known for centuries that this relationship with God is one of wrestling – of living in a dynamic give-and-take, back-and-forth. In fact, the name Israel is taken from the name given to Jacob after wrestling with a messenger of God throughout the night and literally means, “one who wrestles with God.” Maybe this kind of wrestling isn’t so much a sign of doubting one’s faith as it is a sign of a healthy and mature walk with God. Maybe it is a sign of deep trust in the goodness, grace, and loving character of God. Maybe it is a sign of living into that calling God has placed on God’s chosen people from the very beginning. This is the kind faith I want to have, even though it isn’t always the easiest path.

What do you think? Have you ever had an experience of “wrestling” with God in this way? Have you ever interceded in a way similar to Abraham? What happened?

This blog contains personal reflections and opinions of the author and does not necessarily reflect the opinions and beliefs of any of the organizations with which he is affiliated.
Loading Comments...
%d bloggers like this: